The Gate of Mount Athos

In the cove of Mount Athos peninsula and at a distance of 120 km away from the airport of Thessaloniki, lies Ouranoupoli, the Gate of Mount Athos. A picturesque place which keeps its traditional Greek style, moving in slow paces and peace, even during the rush hours. Ouranoupoli is a divine landscape, which combines mountainous, and sea beauties, promising unforgettable holidays, especially for travelers who seek for the relaxation, away from the stress of the town.

The village seems to be a serene portrait which welcomes the pilgrims and prepares them for their spiritual journey to Mount Athos. Besides that “Ouranoupoli” means in the Greek language, “the city of the heaven”, the city who drives you up to heaven.

Its visitors are welcomed by the Tower of Andronikos, the “alert protector” of the city, which seems to stand right in front of “Virgin Mary’s Vineyard” for centuries now, built in 1344 by the monastery of Vatopediou as a protection from the pirates. In front of the tower lies the port, the gate of Mount Athos, where either the ferry boats travel to the monasteries or cruise around the peninsula at a distance of 500 m from the beach.

In Ouranoupoli, the visitors experience the hospitality and the friendly spirit of the residents, and have the chance to savour fresh fish collected by Mount Athos Golf, in traditional, famous fish taverns or to relax in charming cafes and bars along the beach with cocktails watching the sunset. During the day, the activities give unique opportunities for swimming or fishing at exotic beaches across Ouranoupoli, on the small isles, which can be reached either by small fishing boats or speedboats.(For rent 23770 71201).

There are also ferry boats which set off daily from the harbour for the Mount Athos cruise, or even sea sports, diving, cars and motorbikes for rent. Moreover, the forest which surrounds Ouranoupoli is ideal for walks and exploration, offering majestic views to the village and Mount Athos.

Inevitably Ouranoupoli is the last station for all pilgrims who wish to visit Mount Athos since they have to collect early in the morning the “Diamonitirio”, a written authorization, and the ticket for the ferry boat. There are lots of remarkable hotels in the village. We propose to you those which are located at central points, near to the sea, ideal for holidays and suitable for the pilgrims, “equipped” with friendly atmosphere, making their visitors to feel welcomed. 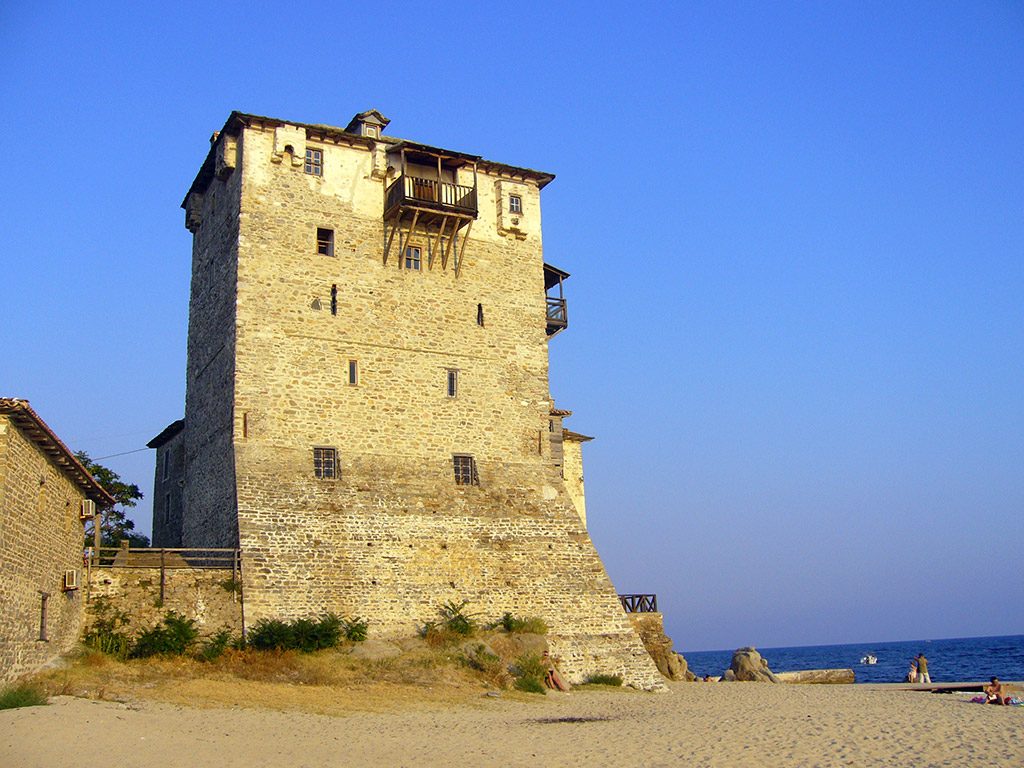 The tower is known to have existed already in 1344, but appears to have been older than this.

In May 1379, the “despot” (King) of Thessaloniki, loannis Palaeologos, was hosted at the tower and during his stay there granted it exemption from taxes. It must have suffered considerable damage from the earthquake of 1585 and, probably, received extensive repairs.
In August 1858 the tower is reported “empty and uninhabited inside” (presumably after being burned down during the devastation of Halkidiki in the revolution of 1821), but this same year saw the beginning of extensive repair and reconstruction works that gave it its present form. 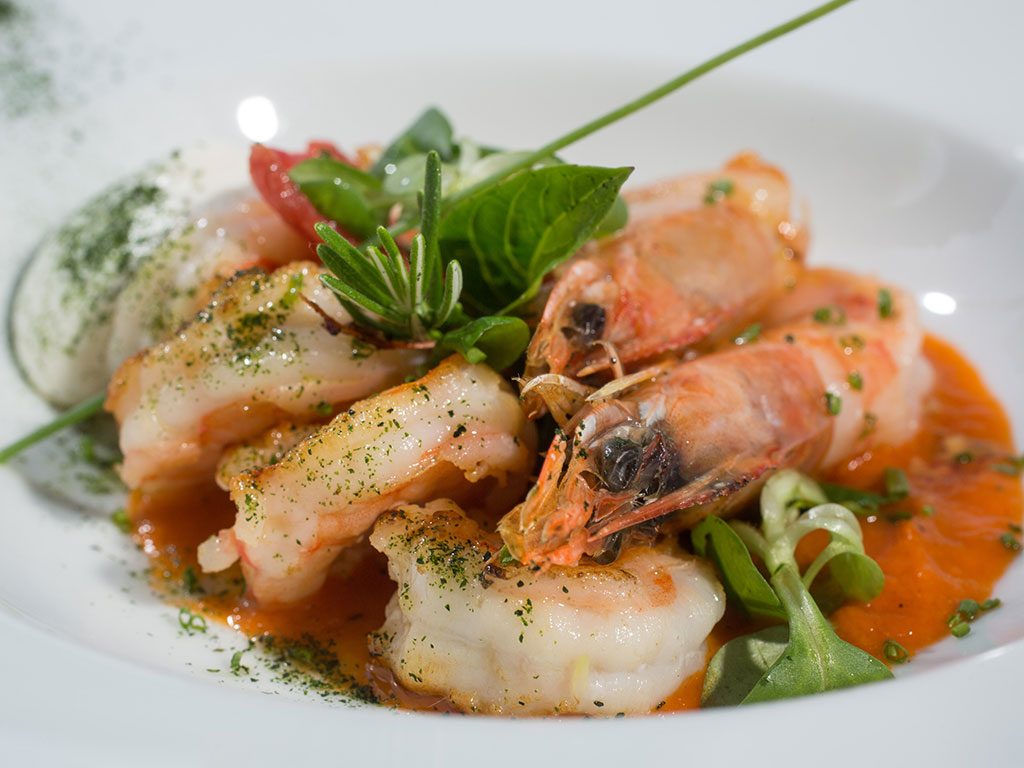 There are excellent restaurants along the area where you can taste the authentic Greek cuisine, consisting of fresh fish, seafood and other dishes that will get your mouth watered.Since the area is a developed fishing region, it isn’t uncommon to have just brought catch served in front of you.

Greek fast food awaits you, in general, at every corner. Find out why traditional Greek fast food specialties, such as gyros and souvlaki, found their way to consumers throughout the world.

We implementing all the necessary measures as outlined by the Greek Government to ensure the health and safety of our guests.

LEARN MORE ABOUT OUR COVID-19 PROTOCOLS